If you are drooling over thinking of mouth-watering pleasant desserts, then sorry for bursting your bubble because here, we are not talking about the sweet delicious desserts but “The Deserts”. The Desert is a barren piece of land that receives the least vegetation rainfall where humans can hardly survive. And biologically the lands accept plants and animals that can survive in arid environments. About one-third of the land of the world is arid. And in simple words, they are huge areas that are made-up of bare soil and low vegetation.

Here we present you the list of the most beautiful and astonishing desserts in the world where you can plan to visit on your next vacation.

It is a polar desert in the southeast part of the Earth and is completely covered around by the Southern Ocean. Nearly 98% of this dessert is covered by ice, which is in Avg. 1.9 km in thickness. It is the coldest, driest and the windiest place which was unseen and was undiscovered till 1820. And yes, “Eight below” was filmed here, and if you want to see those amazing southern lights you can visit here. 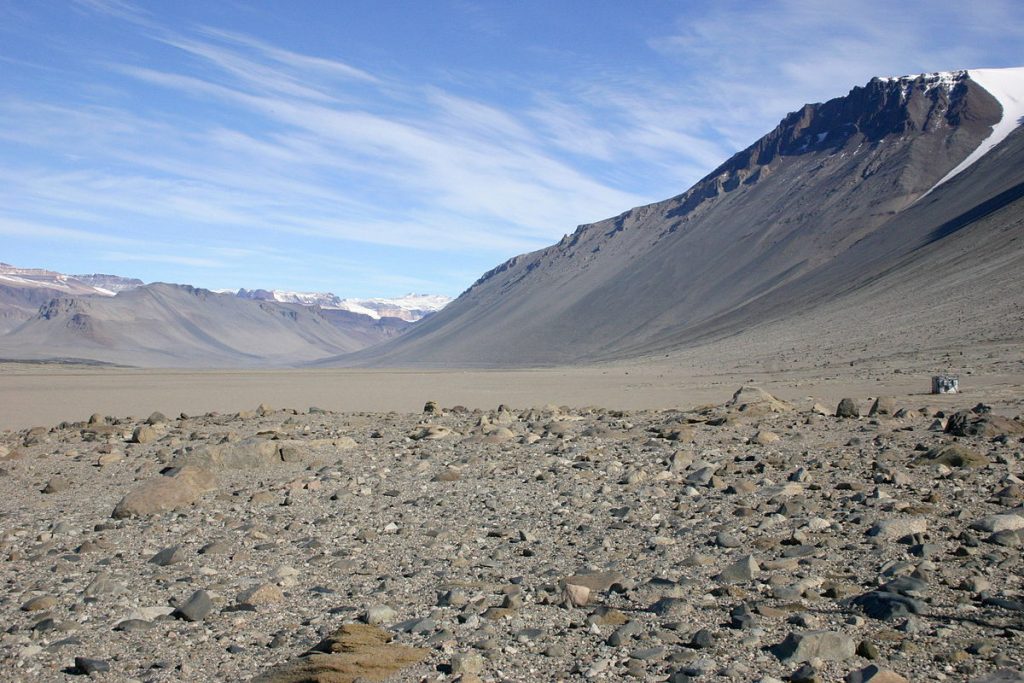 Well, this is the terrestrial Ecoregion that covers Svalbard, Franz Josef Land, Severnaya Island, and Severnaya Zemlya. All these islands are covered with glacier’s snow and bare rock in freezing weather. The area covered by the Arctic desert is 161.356 sq.km. Again, one can watch the beautiful northern lights here. In summer, the weather sometimes rises above freezing temperature, which sometimes makes the seabirds and other mammal relocate themselves. 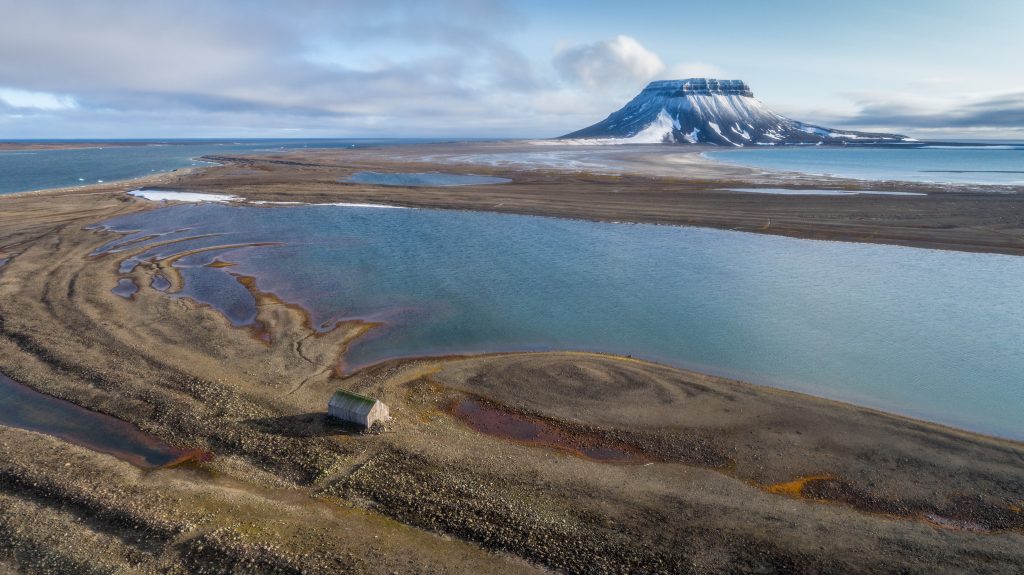 It is located on the African continent. Its name is derived from the Arabic word for dessert. It is said to be the hottest desert in the world and ranks as he 3RD Largest dessert after Antarctica and Arctic. It covers an area of 9,200,000 sq. km almost near to the area of China. It covers most of North Africa, excluding the fertile region on the Mediterranean Sea coast. One can go for safaris and stay in tents here, depending on the weather as desert storms are too heavy over here. 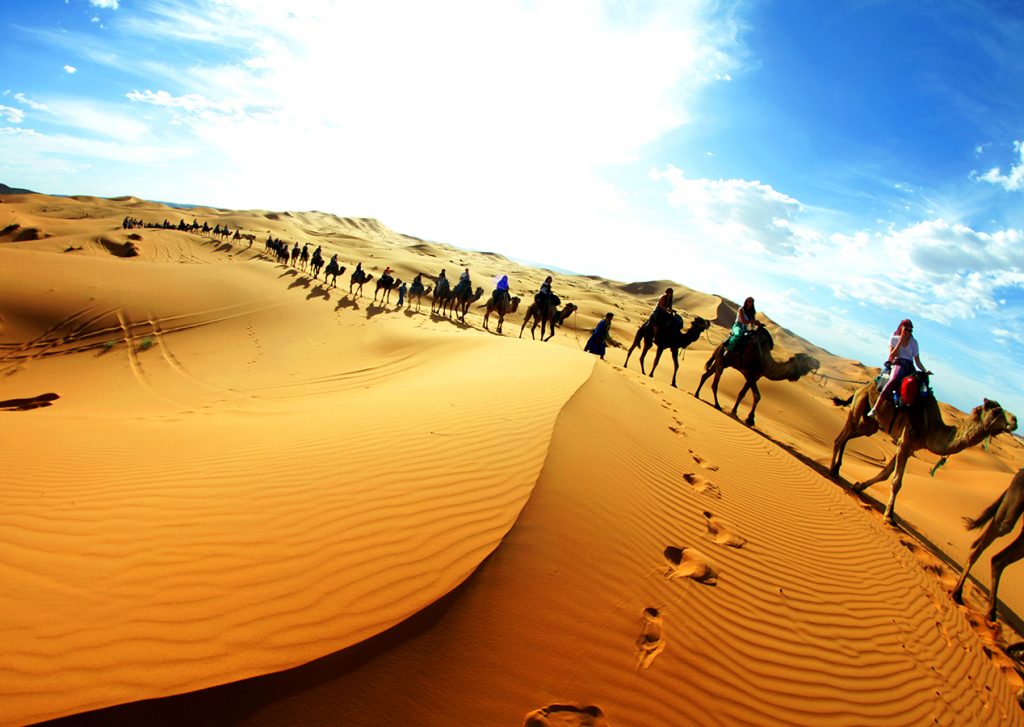 This is the fourth largest desert in the world. Here water from the basin rises at numerous natural springs, including the Dalhousie springs. The world’s longest parallel sand dunes lie here. The largest dune, big red about 40 meters in height are present here. The total area covered by Simpsons desert is 176,500 sq.km. And if you want to watch emus on open roads and want to experience some redness and desert safaris then you must definitely visit the Simpsons desert. 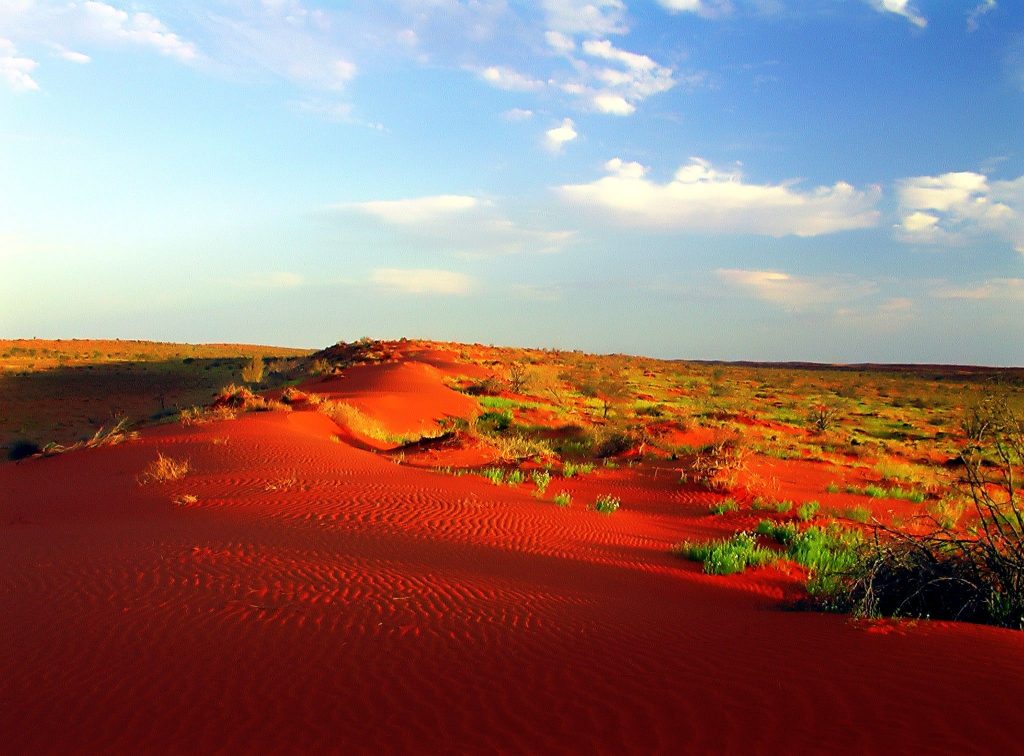 Next is the Arabian Desert, didn’t you get a flashback of Arabian nights, right after hearing this? We all love that story like hell. Now talking about the actual desert, it has all of the red sea hills. The climate is mostly always dry over here. Covering the area of 2,330,000 q.km the Arabian Desert ranks 5th in the list of the largest deserts of the world. Gazelles, Oryx, Sand cats and Piny tailed lizards are some of the desert-adapted animals one can find here. One can also find some Striped hyena, Jackal and Honey badger, but now some of these species are extirpated because of hunting activities. The Arabian desert is full of red dune and deadly quicksands. Off-road driving and human destruction habits are some of the main reasons for the depletion of this dessert. 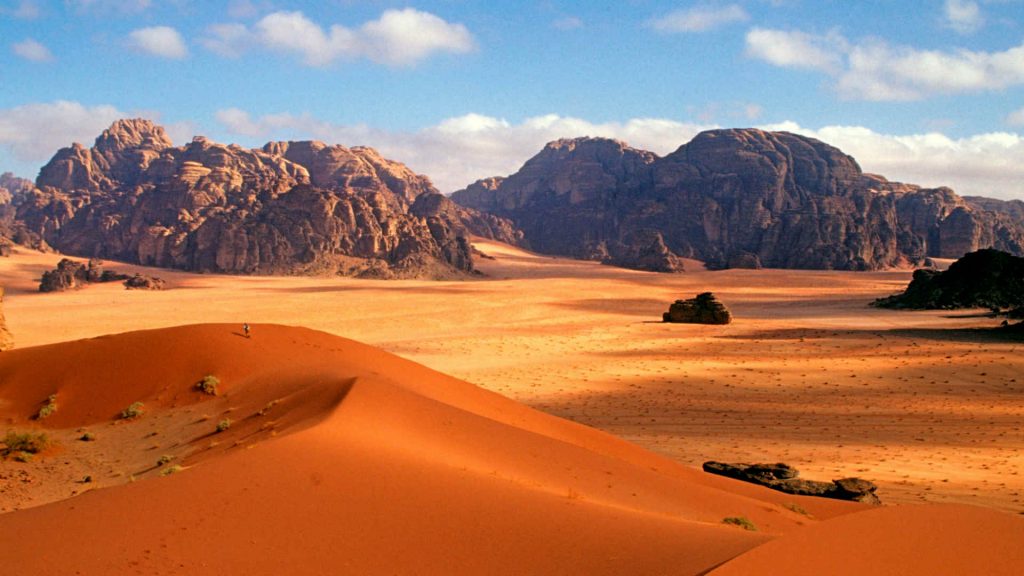 It is a coastal desert in Southern Africa. The meaning of the Namib is a vast place. It might be the oldest desert in the world. It has sand seas near the coast. Gravel plains and scattered mountain outcrops occur further inland. Some of the sand dunes over here are about 300 meters in height and 32 km long. The coastal region experiences almost 180 days of thick fog per year which causes some major hazards for ships. Near the coast the cold ocean water is rich in fishery resources and supports the population of brown fur seals, shorebirds, skeleton coasts lions, then the largest game park ‘Namib-Naukluft National Park have African bush elephants, Mountain zebras, Lichens, Succulents, and some more other large mammals. If you want to see deserts meeting water (sea/ ocean) then Namib is the ultimate option for you. 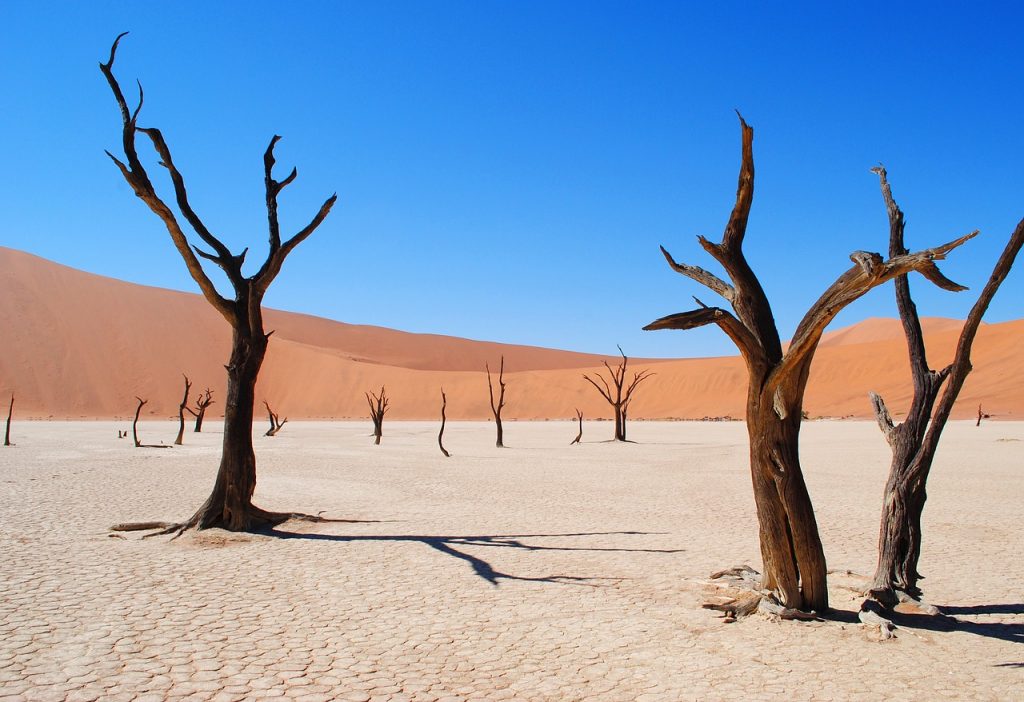 Atacama is one of the driest places in the world and the actual dessert that receives the lowest precipitation than the polar deserts. Most of this desert consists of tony terrain, salt lakes, and, felsic lava that flow towards the Andes. The place is so arid that many of its mountains are higher than 6,000 meters and free of glaciers. One can see over 500 different species of flora within the border of this dessert. All species of desert wasps, Butterflies, Reptiles, Lagunas, Lava lizards, Humboldt penguins, Andean flamingos, Chilean Woodstar are some of the creatures situated over here. 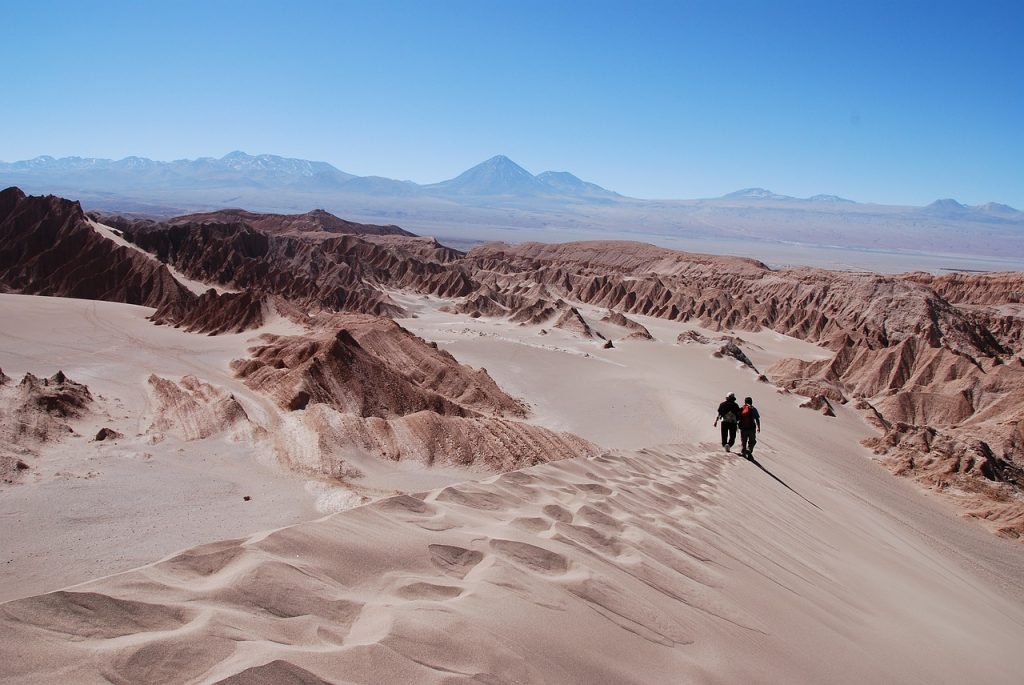 It is between Dakhla and Bahariya Oasis. It is mostly inhabited by the locals of Bedouins. It’s a white desert. The place is even visited by some schools in Egypt, as a location for camping. As per its geographical location and geological formation it has more than 100 well, many of which are natural and even used in the aggregation of cultivated land in the oasis. So, you want to see some naturally occurred stone art you must visit here. 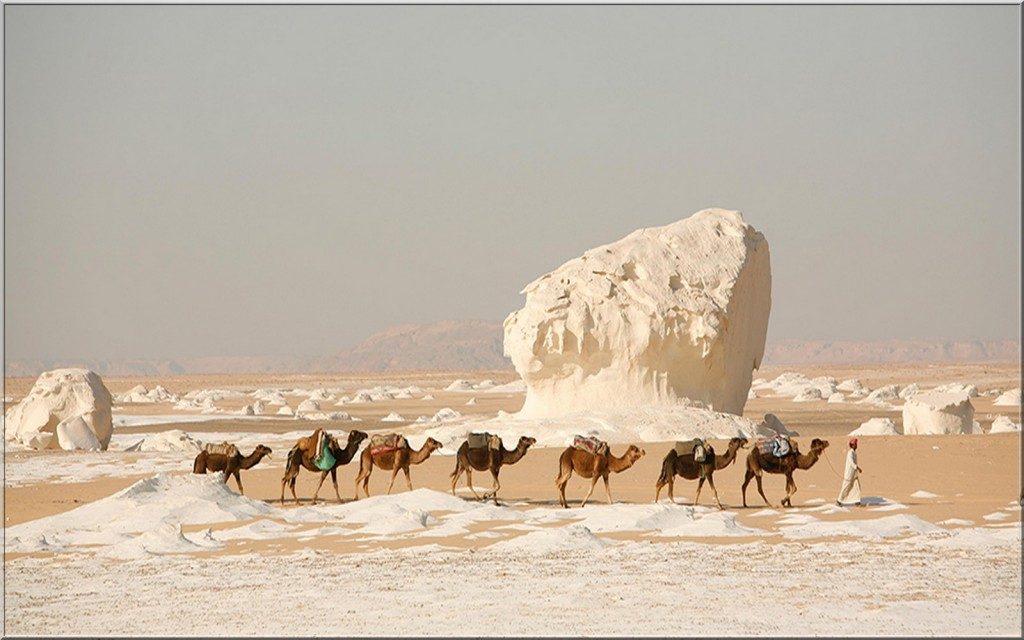 It is the world’s largest salt land. It was formed as a result of the transformation between several prehistoric lakes. The crust serves as a source of salt and covers a pool of brine that is extremely rich in lithium. It is the major transport route across the Bolivian Altiplano and also a breeding place for flamingos. One can see giant cacti, James’s flamingo, copy, Bolivian vizcacha, Andean goose, Andean hillstar, Vicunas and Andean flamingos. If you want to see land made full of salt and roaming vicunas, then solar de Uyuni is the right place. 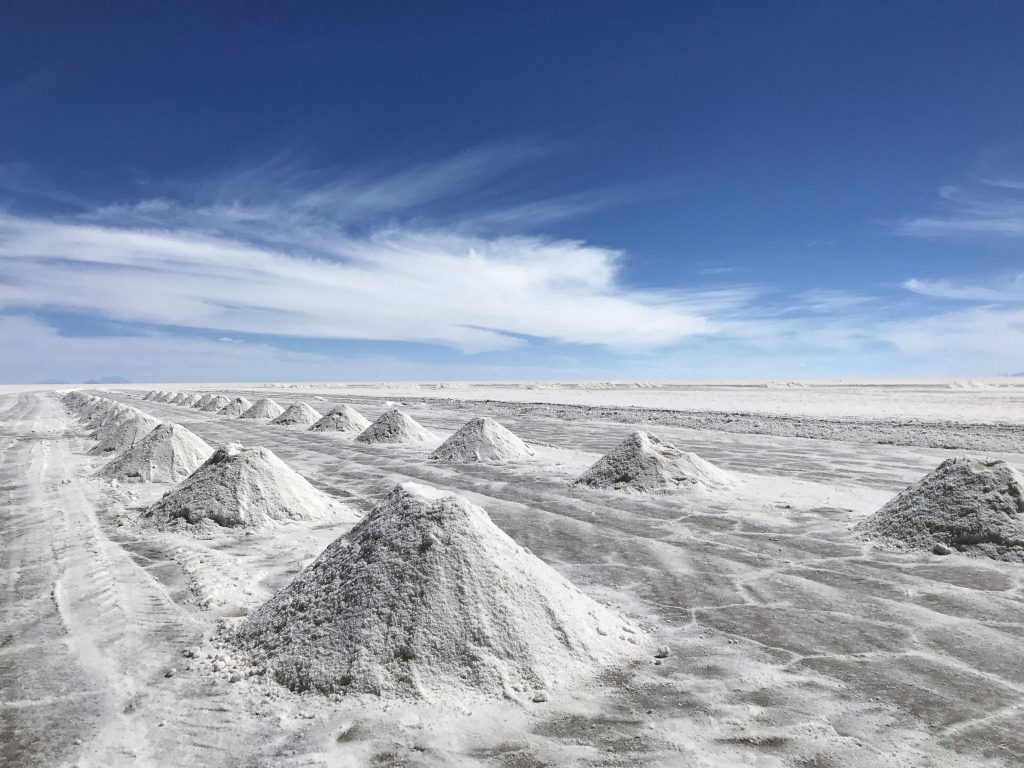 Lencois is now turned into a national park located in Brazil. The place is full of rolling sand dunes. And in the rainy season, the valley between the dunes fill with freshwater lagoons. The park is now home for some endangered species such as scarlet ibis, Neotropical otter, oncilla, and West Indian manatees. Well, in comparison to other normal deserts this dessert is quite unique as it receives about 1,200 mm of rain per year. And if you want to experience the little water bodies in between of desert, visit Lencois Maranhenses. 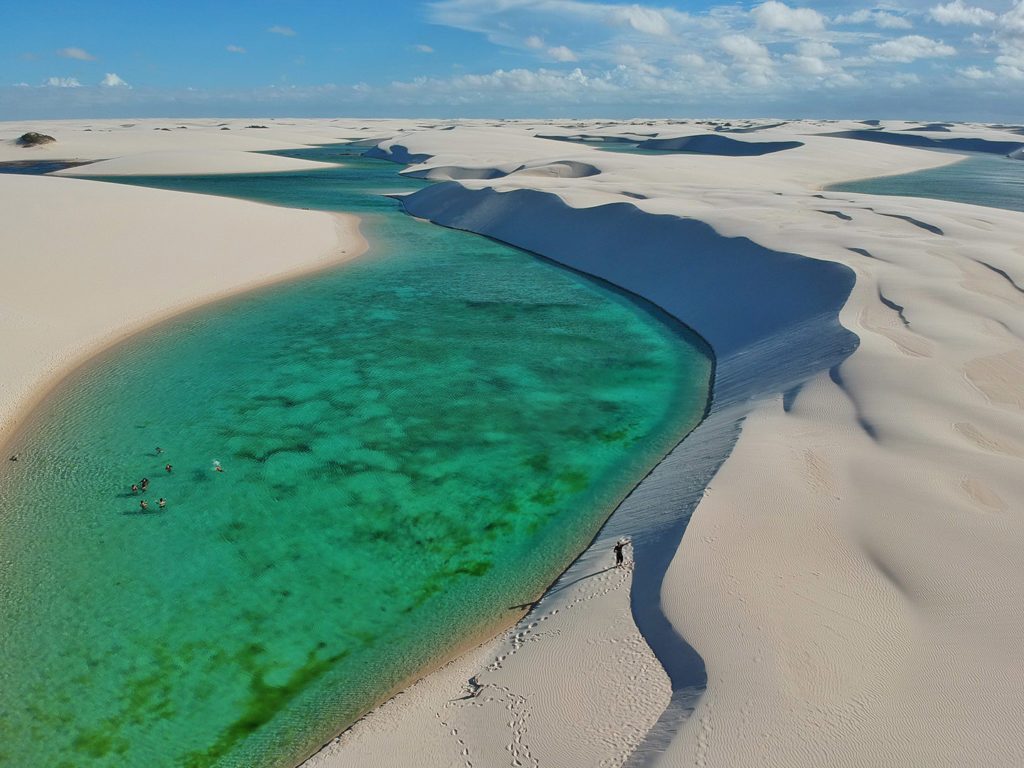 It is situated in China and is bounded by the Gobi Desert to its east. Some sources claim it to be a place of no return, a place from where you won’t be able to return back once you go inside. It covers the area of 337,000 sq.km. It stands 2nd in the largest shifting sand desert with 85% made up by shifting sand dune. And it ranks in the 16th position in the list of world’s largest deserts. One can visit this place for camel safaris and experience some splendid beauty of China here.

So, these are the 10 beautiful deserts in the world. Hope this article was good enough. For more such interesting articles keep in touch with Travels Passion.