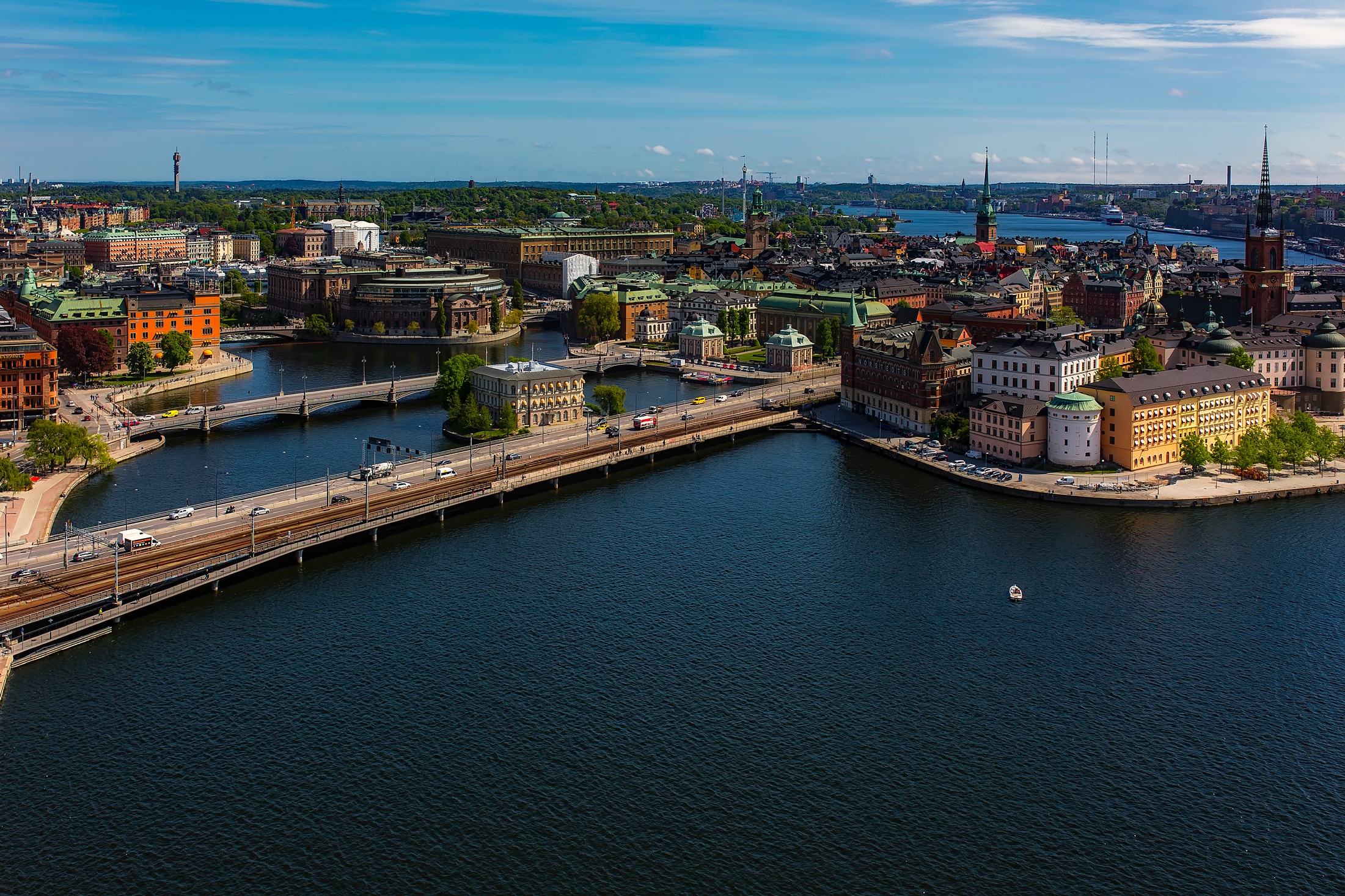 If you wish to go someplace you’ve never been before, then Sweden can be your absolute choice. The country is blessed with picturesque landscapes, fascinating cities, and rich heritage. Sweden has been a land populated for thousands of years, by early humans who left remains of their civilization through elementary tools and cave drawings. This place has several destinations which the travelers are unaware, but you can have a look at it and then discover them amidst your journey. 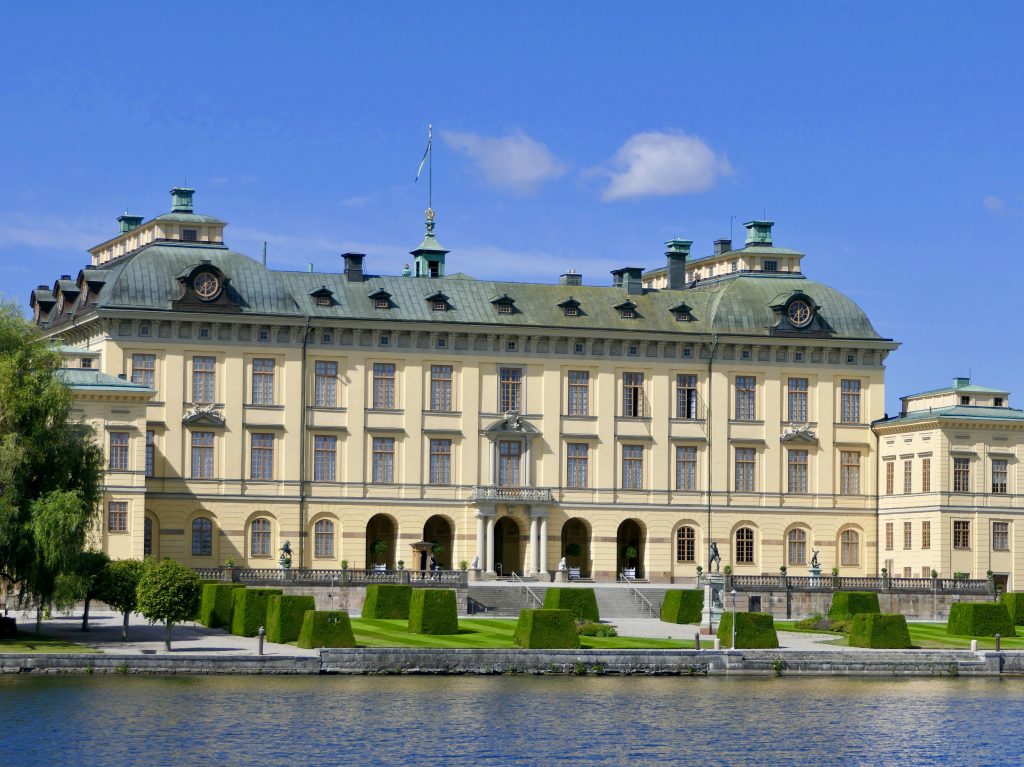 This majestic palace was built in the 16th Century. In 1991, it became a UNESCO World Heritage site. It is a popular tourist attraction, as it has a plethora of ancient history and architecture that surely lures tourists. At present, the palace is the royal family’s prime abode and indeed the finely conserved palace in the country. 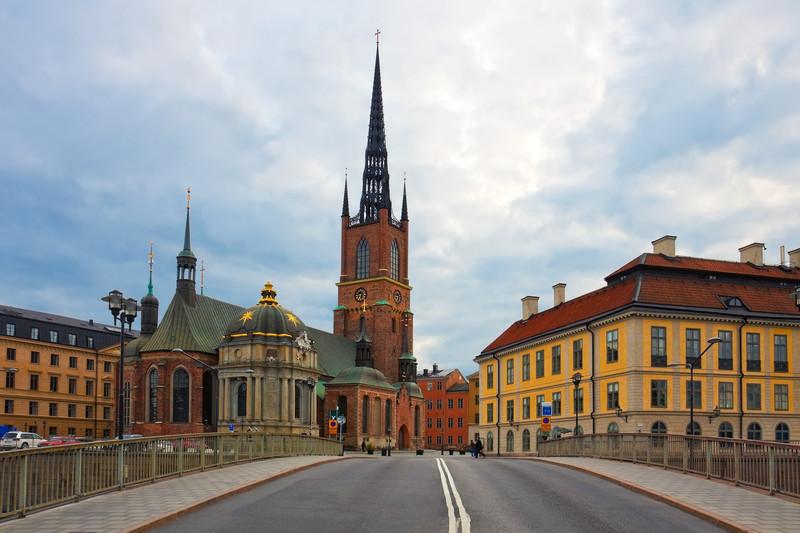 Riddarholm Church is one of Stockholm’s oldest buildings. The church was originally built in the 13th century as a monastery, but was closed and transformed into a Protestant church following the Protestant Reformation. Riddarholm Church has been the site which served as the memorial for most of Sweden’s royal family members. Some of their tombs and burial chambers are open to the public, whilst others are closed. Of particular interest are the coats of arms of passed knights of The Order of Seraphim that hang from the church walls. 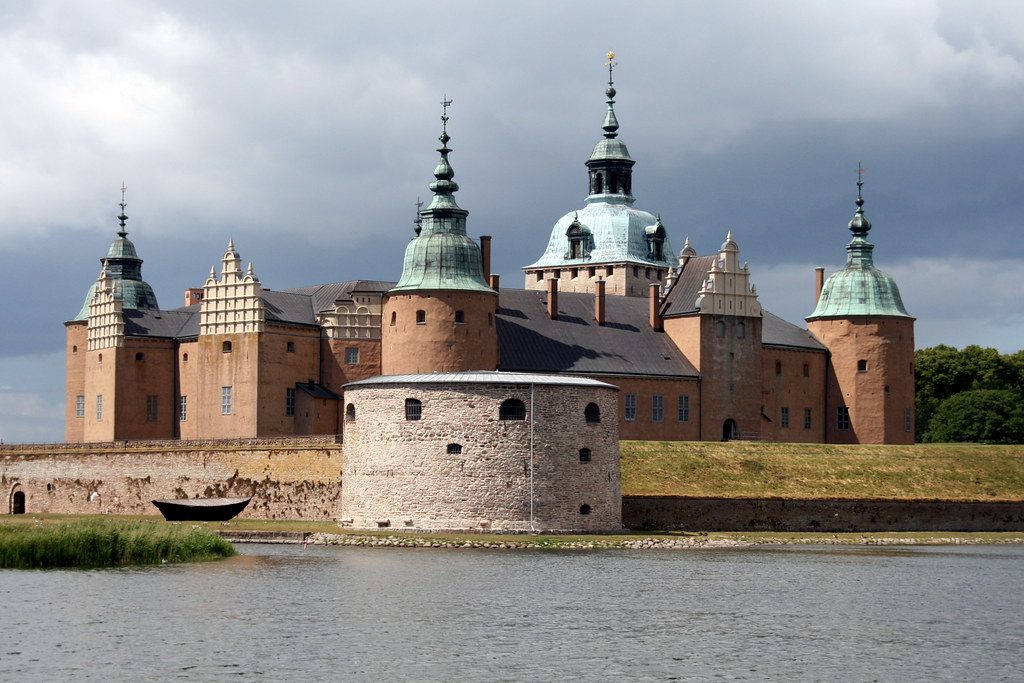 Kalmar Castle is a palace built in Renaissance-style architecture whose history dates back to the twelfth century. It played a significant role in Swedish history and was the site at which the Union of Kalmar was signed in 1397. The dramatic history of the castle can be explored through the rooms in the governor’s apartments–each represents a different event. Travel over the moat, across the tower bridge, and through the courtyard to see the dungeons, chapel, cannons, and hidden rooms of the castle. 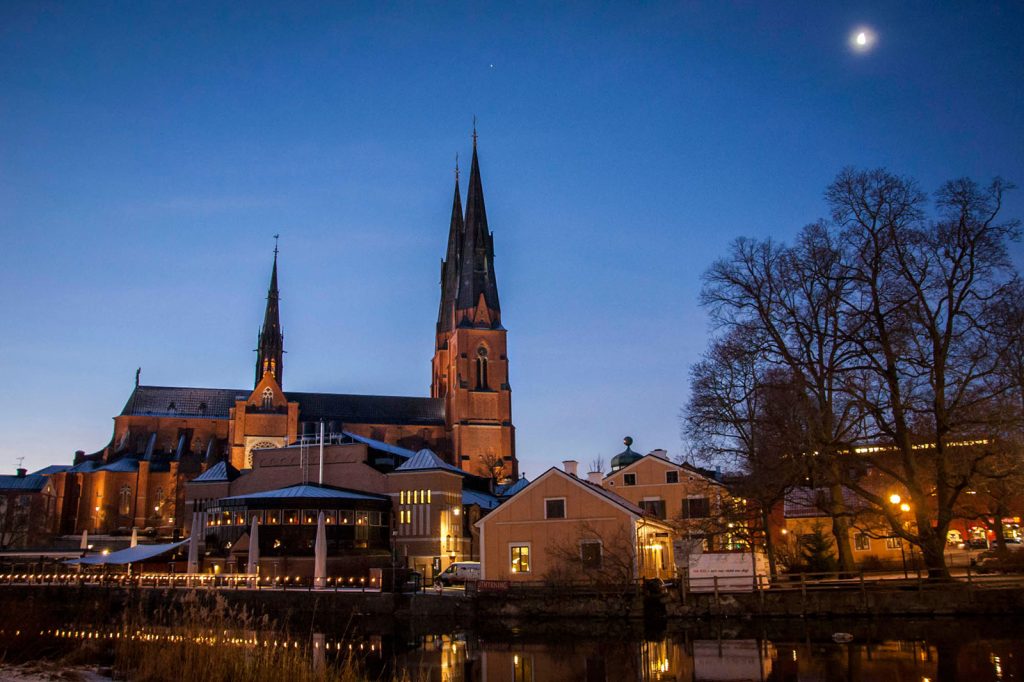 It is one of the tallest cathedrals in Scandinavia and is located between Uppsala University and River Fyris, It is approximately 122 m (400 ft) tall.  The 13th-century structure is well known for its rose-hued exterior. The site is originally designed by French architects in the French-Gothic style including its treasury museum and chapels. Though the structure was devastated in a fire in the 18th century, the church today has been completed restored to its former glory. 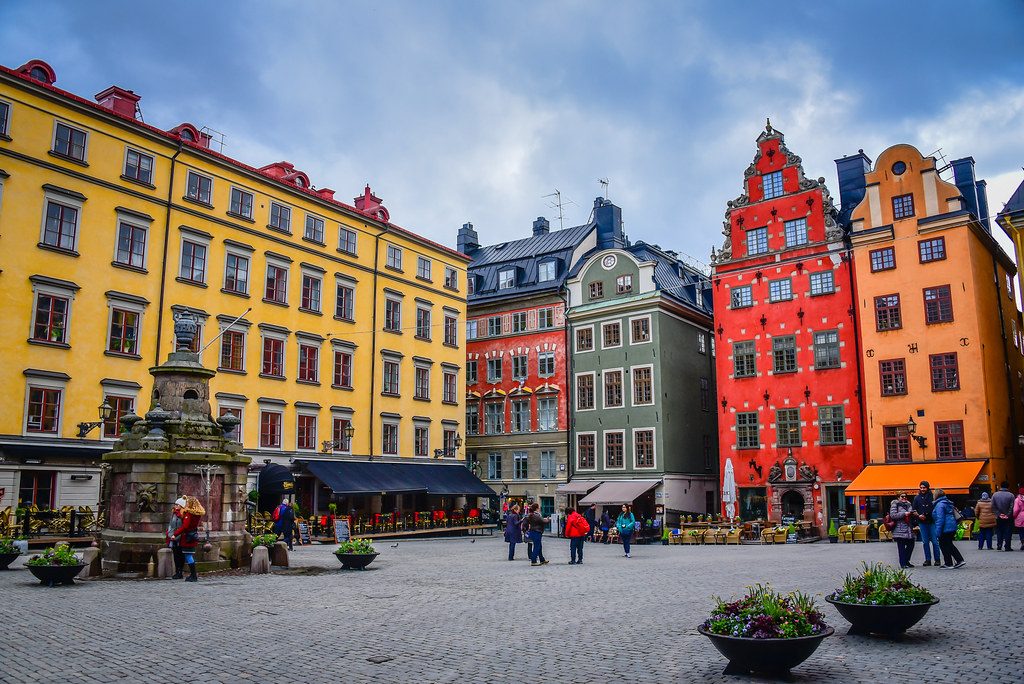 Stockholm Old Town presents in unison, the historical and tourist centers of the city. The foundation of this town was laid down in the 13th century. This locality makes up the original settlement of Stockholm and is home to notable architecture, mainly from the 18th and 19th centuries.  A network of cobbled streets resulted in the formation of this area. A glimpse of North-Germanic architecture and beautiful open plazas is a treat indeed. 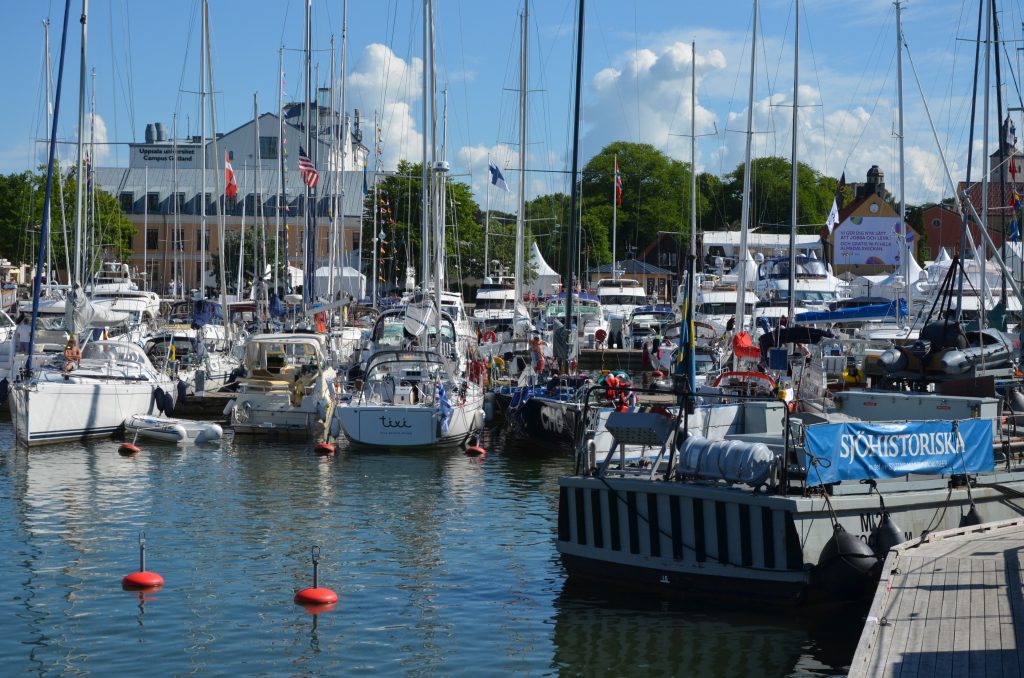 Visby has historically been a prosperous and growing trading port and town and was part of the Hanseatic League, a powerful trade alliance originating in Lubeck in Germany. This site was built in two stages during the 13th and 14th century, and approximately 3.44km of its original 3.6km still stands. The ancient part of the city wall is a defensive tower, today called the Kruttornet, which was established at the harbor entrance in the 12th century, making it the oldest surviving non-religious building in the Nordic countries. Visby’s city walls still dominate the town today and the area within the defensive walls has been designated a UNESCO World Heritage site, containing several medieval buildings. 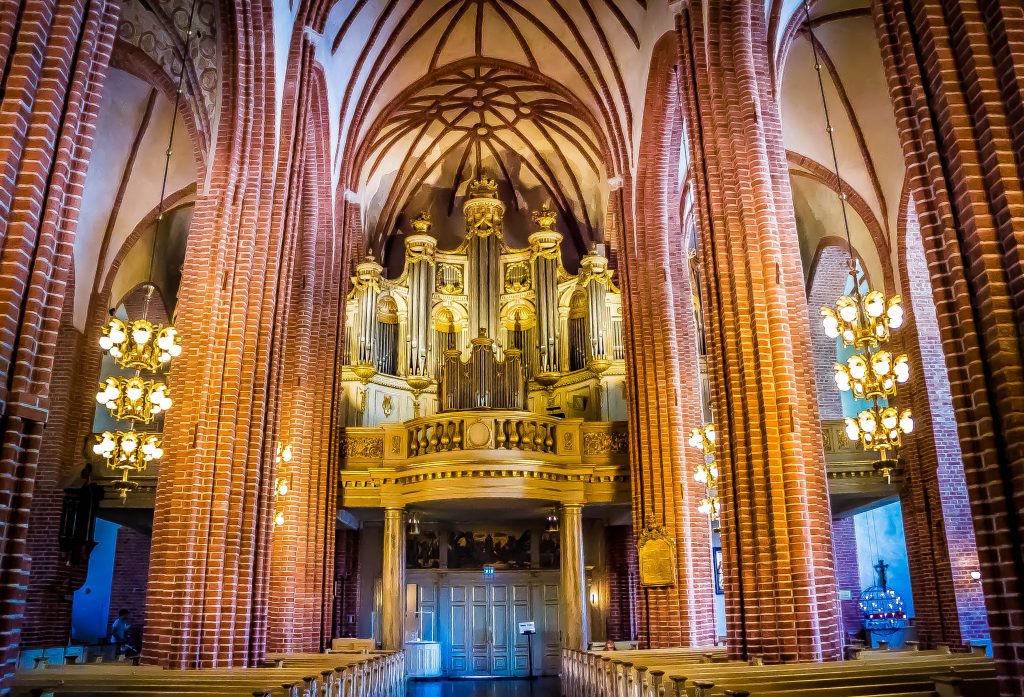 Stockholm Cathedral is a quiet medieval building known as the “Storkyrkan” or “Great Church”. It surely is a classic example of Swedish Brick Gothic architecture from the Middle Ages. The cathedral has witnessed several royal occasions. One can experience a piece of Stockholm’s history through the stunning design, interior, and sculptures of Storkyrkan, such as St. George and the Dragon sculpture and the Vädersoltavlan. 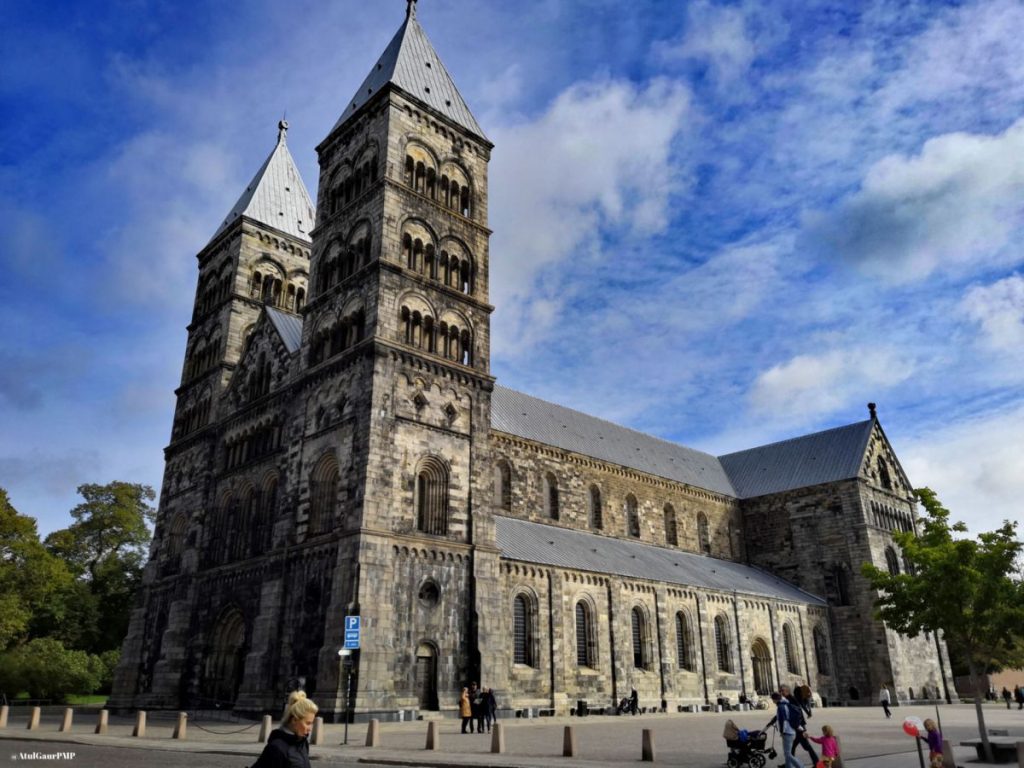 It is a Roman structure with magnificent twin towers. It represents an excellent example of Romanesque architecture with many historical features It was founded around 1080 by the Danish King Canute IV and is the oldest and finest Romanesque church in Sweden. The building offers a view of several interesting features in its interior, including the cathedral’s choir stalls and Gothic altarpiece dating back to the 14th century. 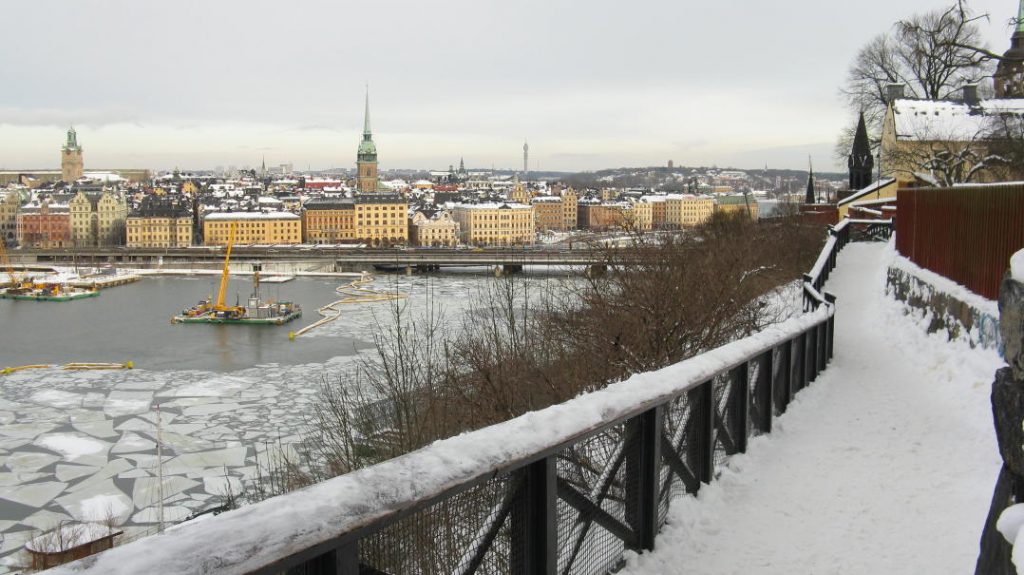 Perambulating Monteliusvagen brings views of the city from across the river. Lined with charming houses and built of wooden planks and cobblestone paths, this 416 m (1,365 ft) boardwalk exudes serenity. Use the park benches and terraces along the route as a peaceful retreat. 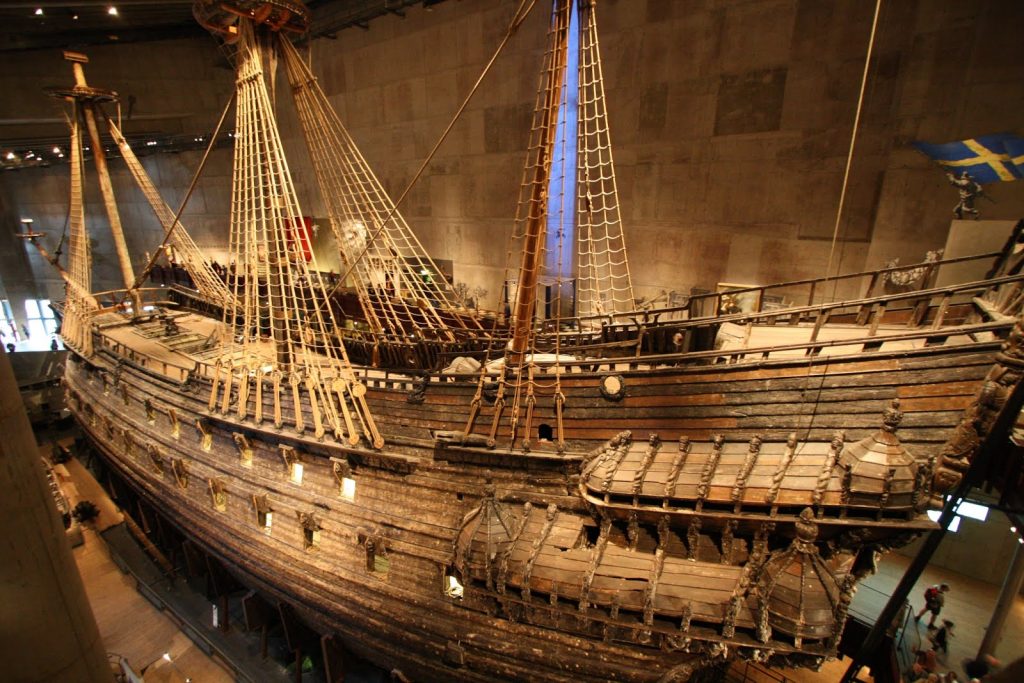 The Vasa Museum now portrays the ship in its purpose-built together with several detailed exhibitions, both about the Vasa itself and its passengers and about Sweden’s maritime history. During the tenure of King Gustavus Adolphus of Sweden, a warship named Vasa was built. On 10 August 1628, the ship took its maiden voyage in presence of a crowd of spectators and with approximately 150 passengers. But after a few minutes of a journey, it began to shake violently before it finally tipped over and catastrophically sank as it was imperfectly proportioned. 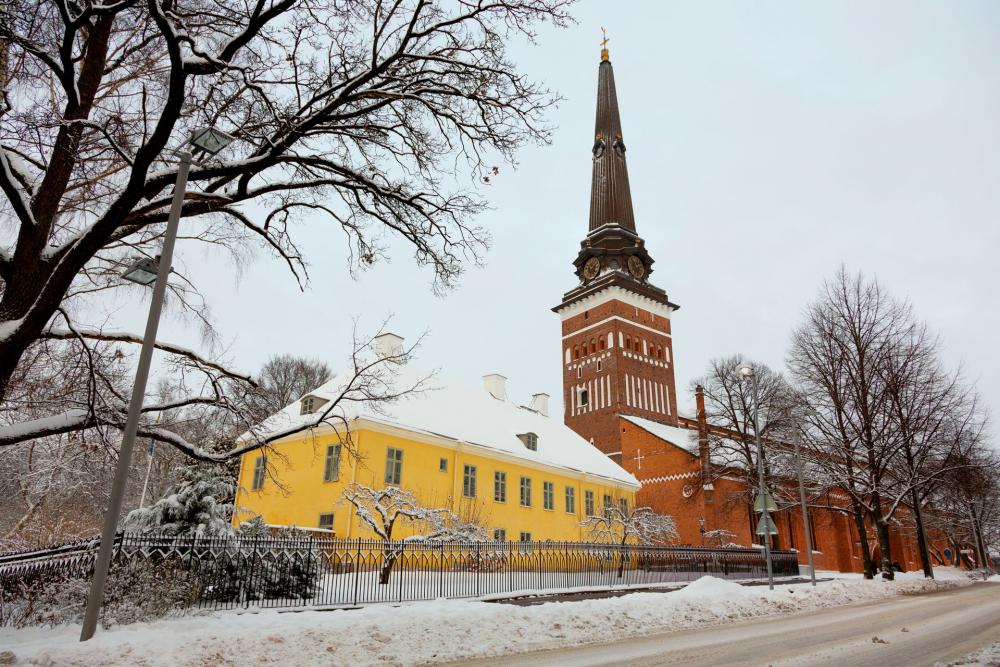 A very beautiful Cathedral to visit in Sweden. The oldest parts of Västerås Cathedral date from the thirteenth century. It was originally built as a triple-aisled basilica in the 1230s and inaugurated in 1271. The cathedral was rebuilt and enlarged during the next two centuries. The tower was erected around 1420. The steeple was added in 1691 and it was designed by Nicodemus Tessin the Younger.
King Erik XIV is the most famous person buried in the Västerås Cathedral, he is the son of Gustav Vasa. The features on the inside are three excellent triptychs, in spite of the fact that there are a lot of other fines inside furnishings, including the lectern. 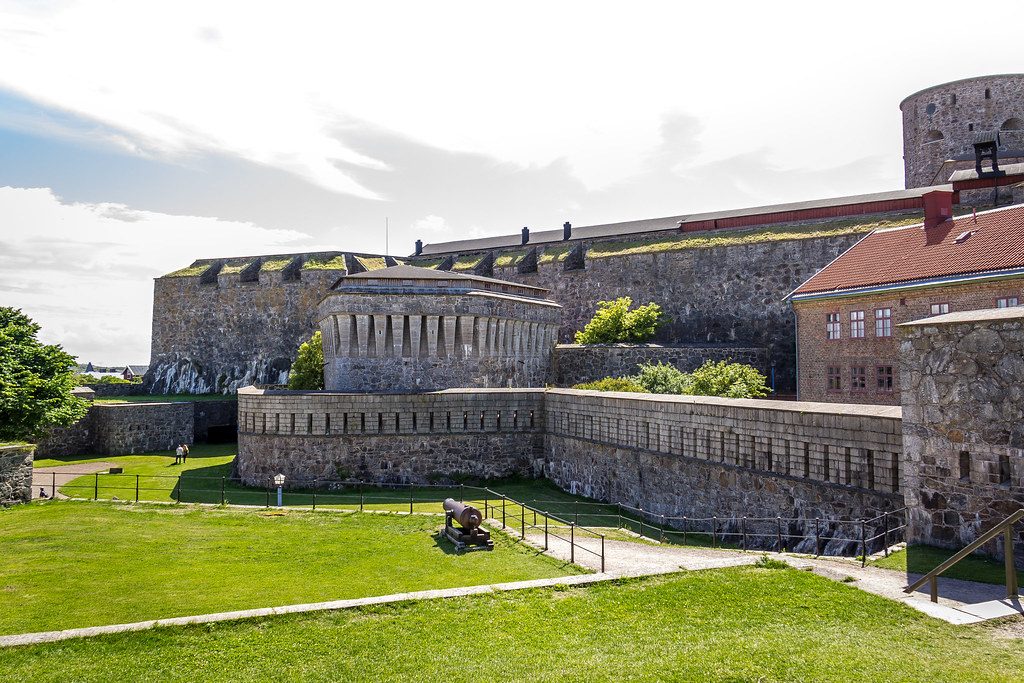 Carlsten (Swedish: Karlstens fästning) is a stone fortress situated at Marstrand, on the western shore of Sweden. The fortress was built on the orders of King Carl X of Sweden following the Treaty of Roskilde, 1658 to secure the recently obtained area of Bohuslän from unfriendly assaults.
Stunning views from the fortress battlements, great fun to go around, especially the secret tunnels. 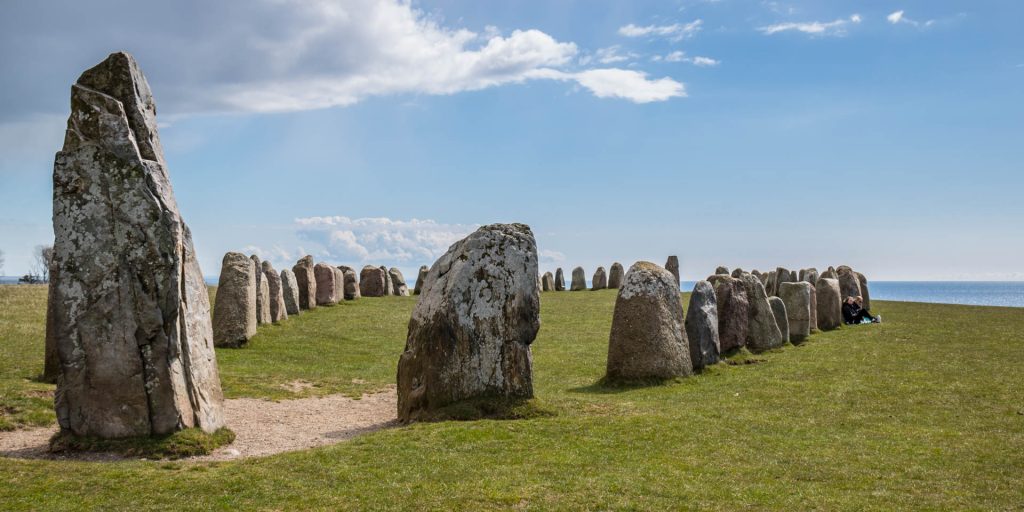 Ales Stenar is in the city of Ystad, in Southern Sweden. This landmark is known as the Stonehenge of Sweden, and it is straightforward the correlation. Lagers Stenar is a colossal stone ship made by 59 huge sandstone rocks. The landmark goes back to the Nordic Iron Age, which is around 600 AD and even before the Viking Age. Decide on a guided voyage through Ales Stenar so you can get some history and setting when appreciating the unimaginable stone landmark in Ystad. 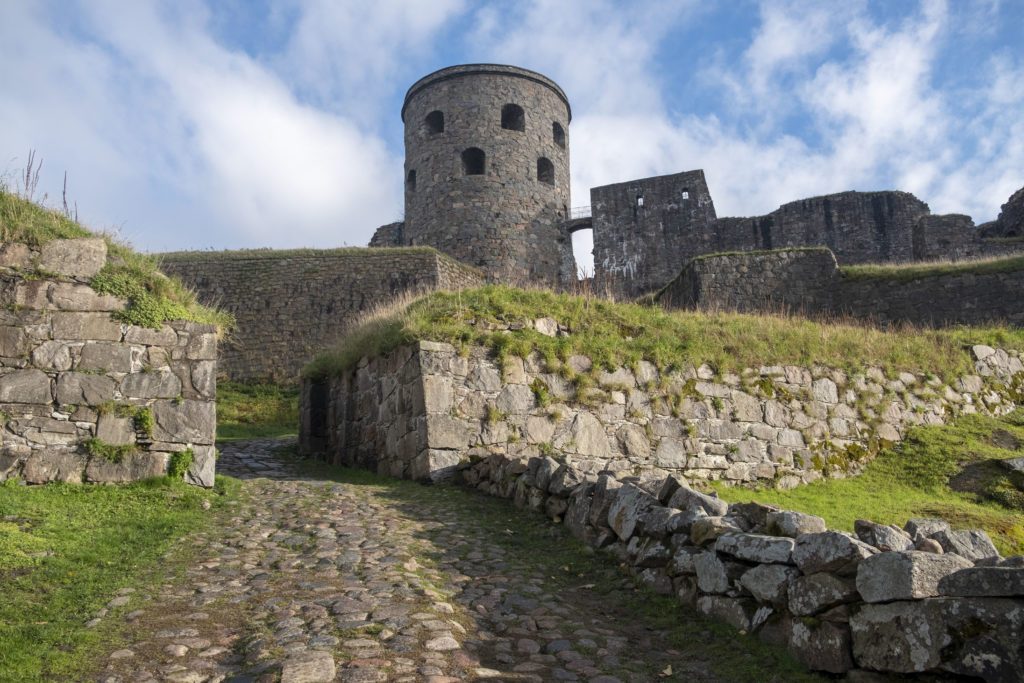 Bohus stronghold is an uncommon Nordic legacy. Bohus Fortress is a terrific and very interesting historical site. It is easy to get to via bus from Gothenburg and there is also parking available for those who want to drive. Powers from Sweden, Denmark and Norway have ineffectively assaulted the site multiple times and during over 700 years Kings, Queens, witches and holy people have put their blemish on the historical backdrop of the site. The fortress has been a ruin for as far back as two centuries, guaranteeing that its savage past is nevertheless a memory, today the site is a prominent goal for journeys, a long way from weapon smoke, black magic commissions and beating. These days, remote guests are very welcome inside its walls, where peace reigns most of the time. Make a visit to the Bohus post, and be a piece of the Nordic history.

7 Most Exciting Places to Visit for Kayaking