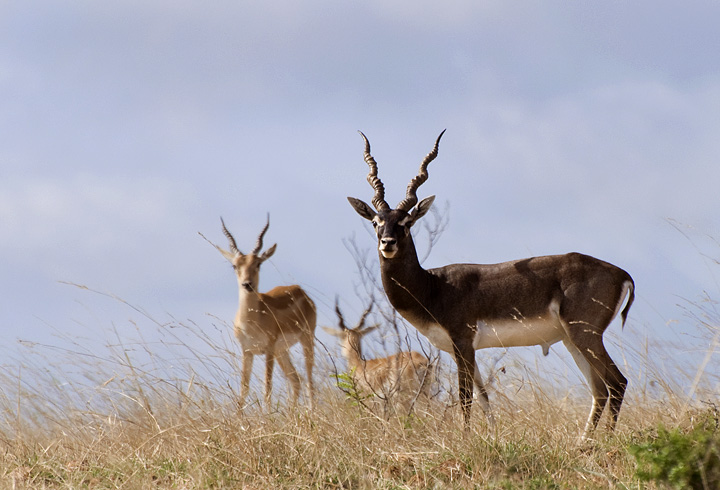 Living off the concrete jungles can be difficult for some of us, especially those who get indulged in the beauty and serenity of the jungle than the roaring and blasting life of the city. Those who prefer the peace and calmness of the greeneries rather than the hectic city life should definitely make it a point of exploring the wildlife of India and should plan your next getaway getting lost in the real exotic jungles. With over 99 national parks, 40 tiger reserves and 450 wildlife sanctuaries we can say that India has an enthralling species of flora and fauna here. So read this blog and take the virtual tour of the 10 extraordinary Indian Safari Holidays. 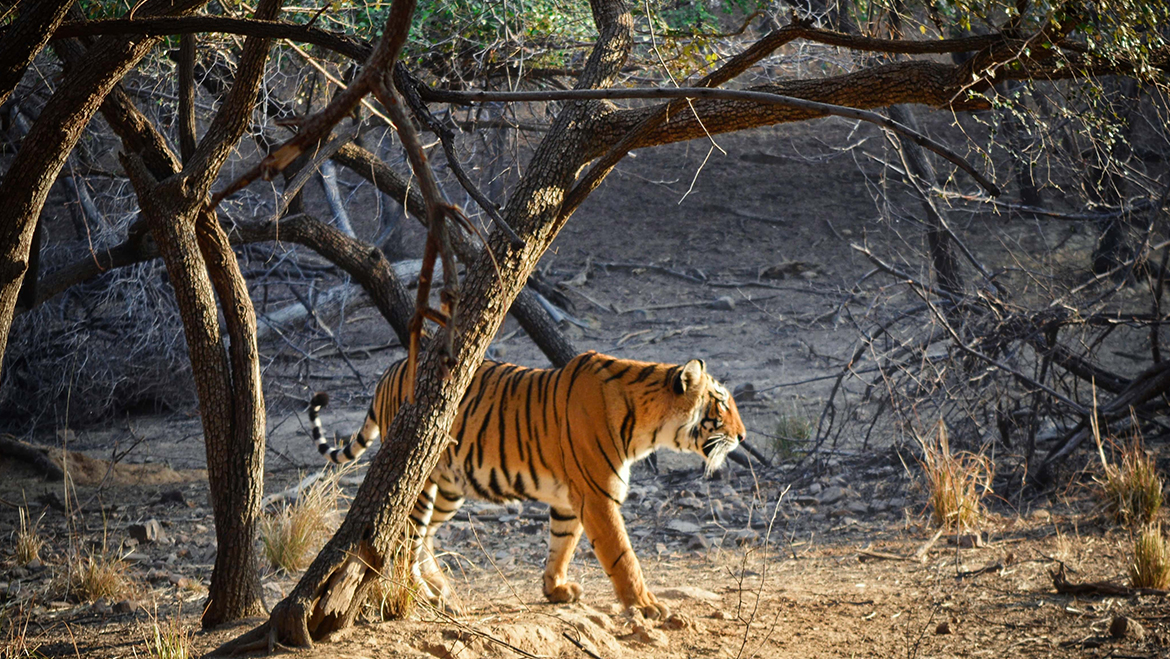 The royal land of Rajasthan is home to the Ranthambhore National Park which is spread over an area of 1,334 km. The prominence of the tigers is what attracts the attention of most of the wildlife photographers here. You can easily see the wild cats strolling around royally in the warmth of the desert. In addition to the Tigers, the other wild animals like Sloth bears, Wild Boars, and Sambar are also found here.

Best time to visit – The park is open from October to June but the most suitable time for sighting is from March to May. 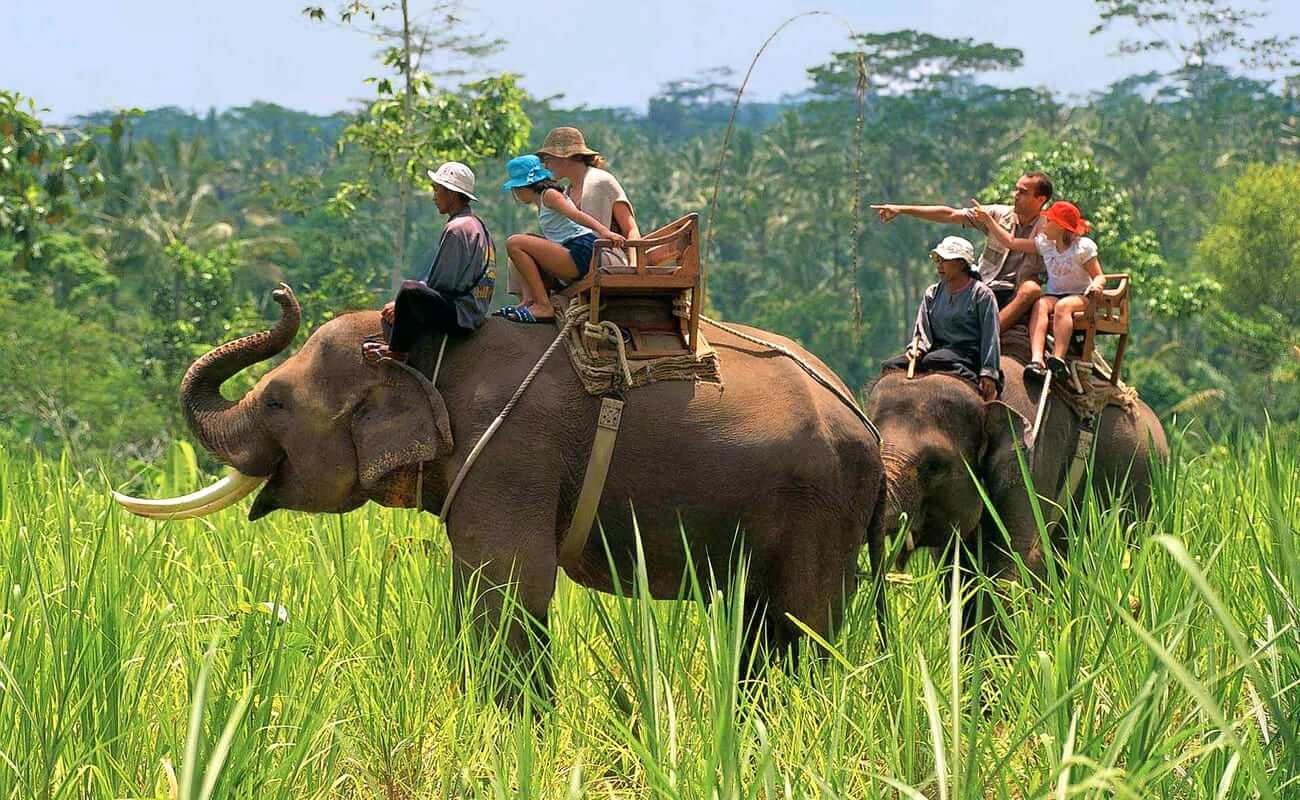 This national park holds a history of being Asia’s first national park along with being the first tiger reserve in India. It’s especially known for the being the residence of the most furious member of the cat family i.e. Tiger. Jim Corbett has a reputation for attracting the attention of international tourists along with the national ones. Besides tigers, the other animals found here are fishing cats, Serow, Goral, Himalayan Tahr, and other wild species.

Best time to visit – It is open from mid-November to the end of June and the best time for sighting tigers is from March to May. 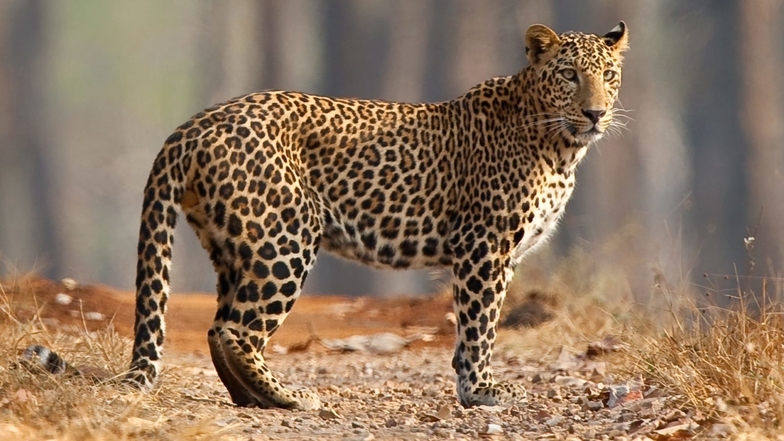 This national park resides in the state of Madhya Pradesh with the most no of national parks. Formerly being a hunting ground for the royals the hunting has been banned here with this place being one of the best places for a wildfire safari in India. This place is specialized for being home to the Royal Bengal tigers with one of their highest population here.

Best time to visit – Open for visitors from October to June and the best time for sighting tigers is from March to May. 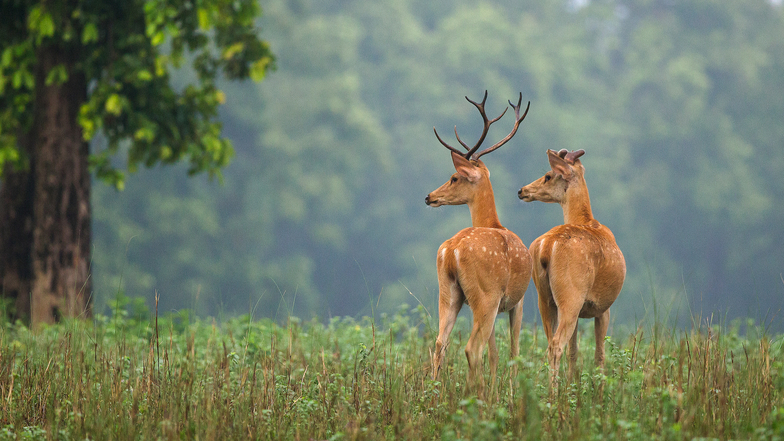 We all loved Mowgli in our childhood, but how many of us know that Kanha inspired Rudyard Kipling to write this best classic- The Jungle Book. May it be Bagheera (Black Panther), Bhaloo (Bear), Kalia (Python), Sher Khan (Royal Bengal Tiger) all are the real inhabitants of this sanctuary, except for Mowgli (You would have to find it he is there or not). With a population of 125 tigers, we are sure you would definitely get a rich wild treat here with the boast of rich and vivid wild creatures.

Best time to visit – The gates open from Mid-October to June. But the peak time is from March to May if you want to entrap the presence of wild cat there. 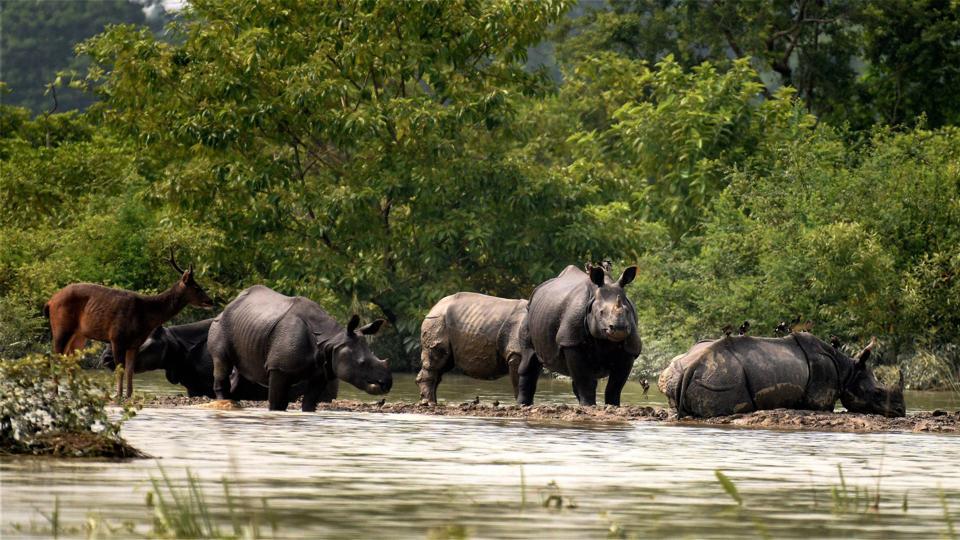 Many of us don’t know, but we have a National Park in India, which is home to the largest number of one-horned Rhinoceros in the world. You must have guessed about the placed we are talking about. Yes, we are talking about Kaziranga National Park of Assam which is spread over an area of 429.69 kilometers. With luscious green jungles, this place is away from human inhabitants, which makes this place rawer and more beautiful. Along with the giant rhinos, Elephants, Bears, Black Panthers, and various eye-catching birds dwell here too. So now we can definitely understand its title as a World Heritage Site for UNESCO given to its spectacular beauty.

Best time to visit – For exploring this park November to the end of April is the best time. 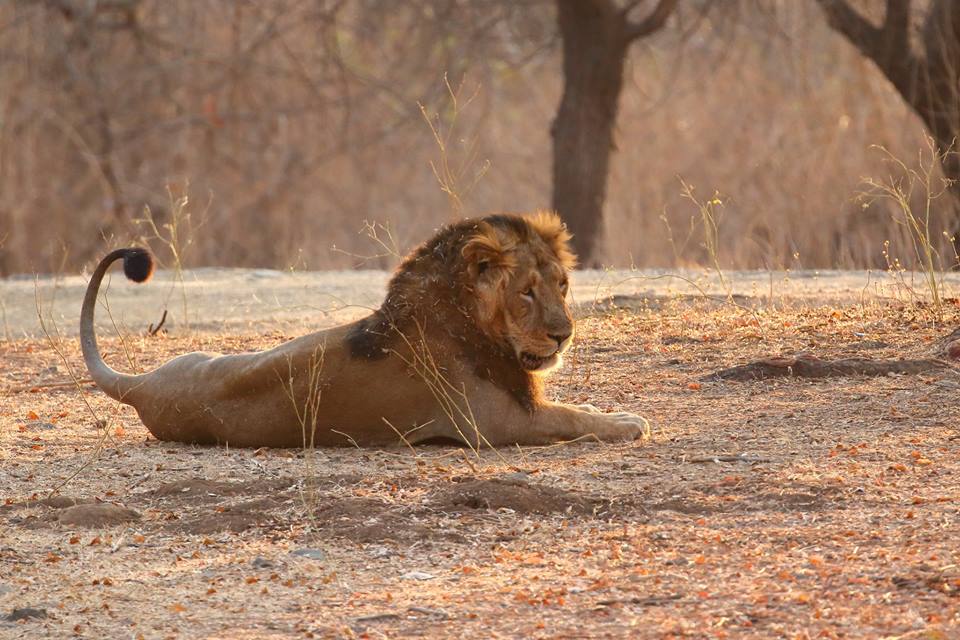 This park resides in the magical land of Gujarat with the abundance of rugged scrubland and golden forests which are home to the magnificent species of Asiatic Lions making it the only populace of this wild thrilling species in the whole world. Along with the lions, we can also find the small carnivores like leopards, the Striped Hyenas, Jackals and India Fox here. 300 species of birds and 26 species of reptiles also dot this treasure trove of Gujarat.

Best time to visit – If you are thinking of visiting here, then October to May end is the best time. 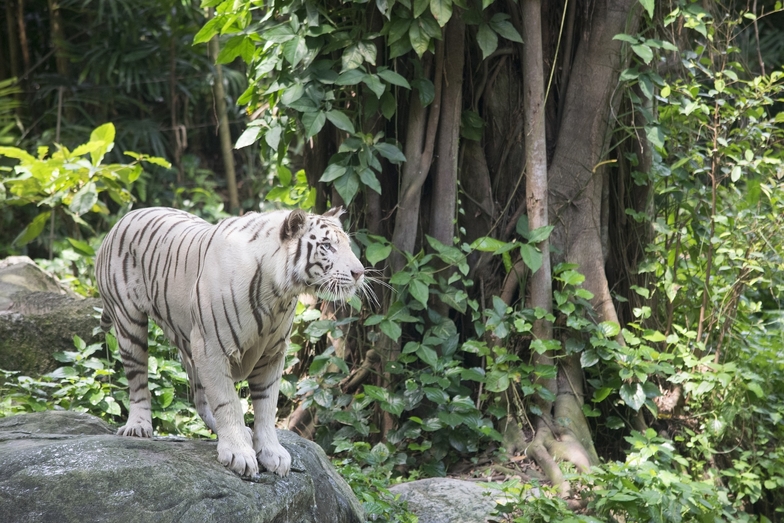 A rarity amongst nature Sunderbans is surely blessed with the best of nature where we can see the enigmatic mangroves and tigers swimming in the water which itself is a rare scene which we cannot experience at any other place. This National Park spread over 4624 km is blessed with a wide variety of birds and reptiles including the salt-water crocodile. Besides the Royal Bengal Tiger, Fishing Cats, Leopard Cats, Macaques, Wild Boar, Indian Gray Mongoose are also found here.

Best time to visit – From October to April 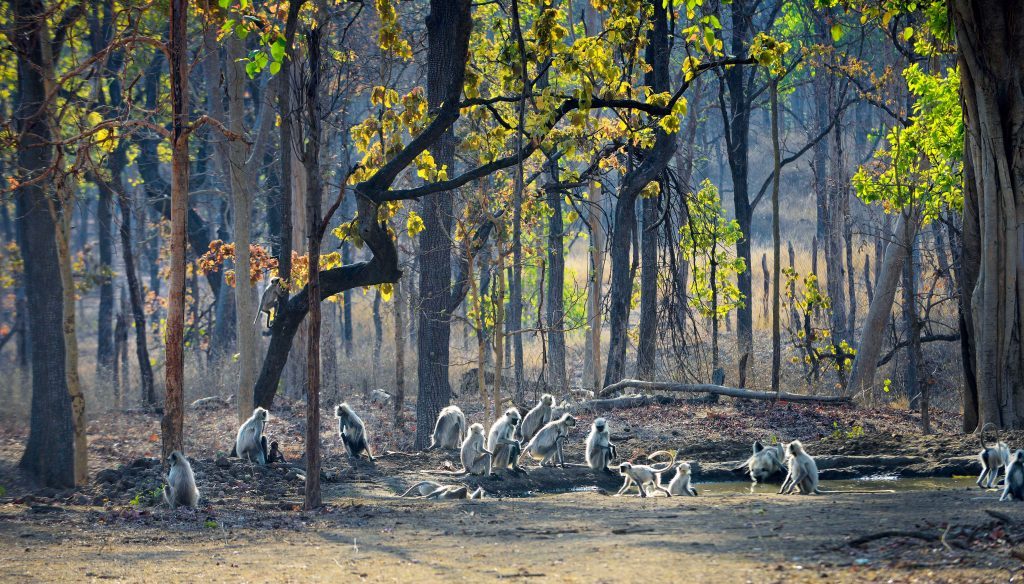 Situated at the border of Madhya Pradesh and Maharashtra this tiger reserve spans over an area of 464 sq km. A variety of wild animals like Wild Boar, Nilgai, Leopards are also found here living in this flourishing wildlife park. We can clearly see the concoction of moist, sheltered valleys to the open and dry forests here all thanks to its topography.

Best time to visit – October to June is the most suitable time. 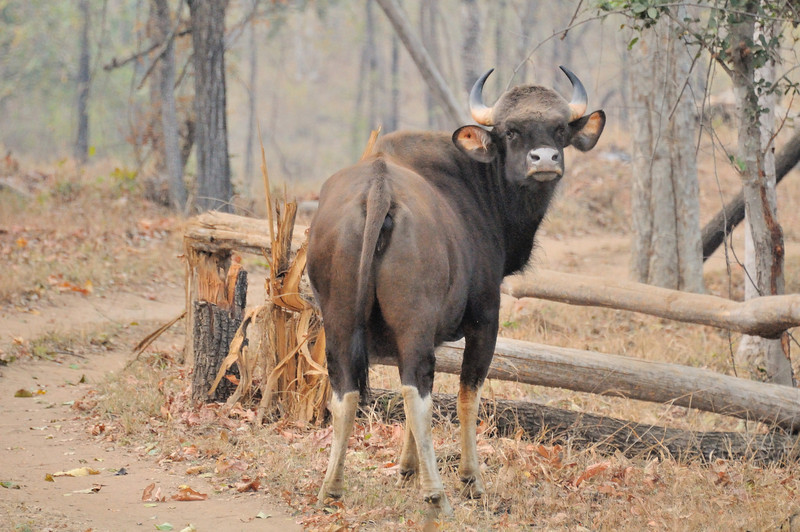 The jungle safari of this place is itself a beautiful and vivid challenge with the rugged terrain and beautification of the peaks of sandstone, slender gorges, and dense jungles. Some of the animals you can spot here are Spotted Deer, Leopards, Sloth Bear, Black Buck, Sambhar, Four Horned Antelopes, Porcupine, etc. which will definitely make your safari worth it.

Best time to visit – Ideal season is October to April. 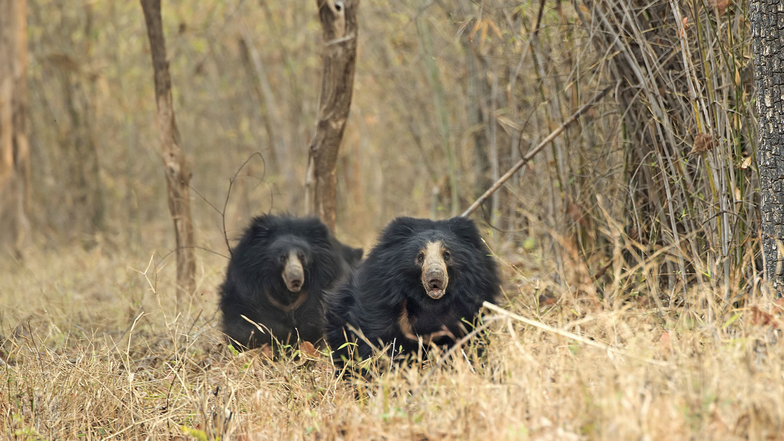 A wonderful place situated in Maharashtra it is surrounded with a lake encircled by lush mixed deciduous forests and hills. This stunning lake is one of the main tourist attractions here the inhabitants include tigers, Barking Dears, Hyenas, Gaur, Leopards and so on.

Best time to visit – The park is open from October to June but the best time to spot tigers are from March to May as the vegetation is dry the animals make way to the park.